PPC An Thinh Vietnam Investment and Infrastructure Development JSC (PPCAT), formerly known as An Thinh Construction Investment Ltd., was established on February 17th 1996. An Thinh operates mainly in the field of real estate, which specializes in the construction of industrial projects, hotels and urban areas in Hanoi and other Northern provinces. Over 20 years of development, An Thinh proud to have built confidence and trust in customers and partners domestically and internationally, which is demonstrated by the increasing number of successful projects across the country. 2016 was a significant turning point since An Thinh put on a new coat of higher standard, more professional and bigger ambition, named PPCAT. 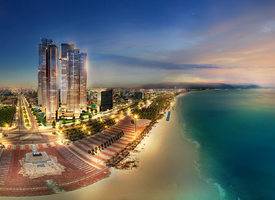